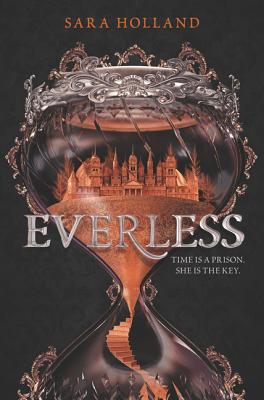 END_OF_DOCUMENT_TOKEN_TO_BE_REPLACED

Island of Exiles by Erica Cameron, is the first book in an epic new fantasy series. titled the Ryogan Chronicals, by Cameron, which was released on February 14th, 2017. Thr Ryogan Chronicles is currently predicted to be a trilogy (source), with the second book, Sea of Strangers, predicted to release in December 2017 (Disclaimer: I received an Advanced Reader Copy of Island of Exiles from Entangled Teen in exchange for an honest review).

In Khya’s world, every breath is a battle. On the isolated desert island of Shiara, dying young is inevitable. The clan comes before self, and protecting her home means Khya is a warrior above all else. But when following the clan and obeying their leaders could cost her brother his life, Khya’s home becomes a deadly trap. The only person who can help is Tessen, her lifelong rival and the boy who challenges her at every turn. The council she hoped to join has betrayed her, and their secrets, hundreds of years deep, reach around a world she’s never seen. To save her brother’s life and her island home, her only choice is to trust Tessen, turn against her clan, and go on the run-a betrayal and a death sentence. (Chapters.Indigo.ca)

END_OF_DOCUMENT_TOKEN_TO_BE_REPLACED

“The girl whose gift is chaos. Death is her burden. Wherever she goes, it follows. They say she can either save the world or end it” – Elizabeth May, The Vanishing Throne (p. 278)

Aileana Kameron, the Falconer, disappeared through the portal that she was trying to close forever. Now she wakes up in the fae world, trapped and tortured by the evil Lonnrach. With the help of an unexpected ally, Aileana re-enters the human world, only to find everything irrevocably changed. Edinburgh has been destroyed, and the few human survivors are living in an uneasy truce with the fae, while both worlds are in danger of disappearing altogether. Aileana holds the key to saving both worlds, but in order to do so she must awaken her latent Falconer powers. And the price of doing that might be her life (Chapters.Indigo.ca).