Released in North America on January 8th, 2019, The Wicked King by Holly Black is the sequel to her massively popular The Cruel Prince, which was released last year.

After the jaw-dropping revelation that Oak is the heir to Faerie, Jude must keep her younger brother safe. To do so, she has bound the wicked king, Cardan, to her, and made herself the power behind the throne. Navigating the constantly shifting political alliances of Faerie would be difficult enough if Cardan were easy to control. But he does everything in his power to humiliate and undermine her even as his fascination with her remains undiminished. When it becomes all too clear that someone close to Jude means to betray her, threatening her own life and the lives of everyone she loves, Jude must uncover the traitor and fight her own complicated feelings for Cardan to maintain control as a mortal in a Faerie world.

END_OF_DOCUMENT_TOKEN_TO_BE_REPLACED

I am very excited for February 2018 – some of my most anticipated books for the early part of the year are coming out this month, including Tempests and Slaughter by Tamora Pierce (February 6, 2018) and Sightwitch by Susan Dennard (February 13, 2018)! It may be a busy month, but I know I’ll find time to read, because between these new releases and the books still remaining on my TBR, I’ve got tons of good content to get reading!

That being said, for February I’ve put together a list that combines the books I already own with a few upcoming releases that I am excited to add to my TBR pile! 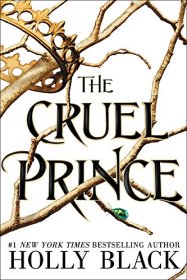