It’s the time of year for lists and reflection, and I would be amiss if I didn’t reflect upon what I read this year, and if I didn’t share my favourite reads of 2018! I read a lot this year – 82 books to be exact (or around there, because I am sure I missed recording a few on Goodreads here and there!), which amounted to a whopping 32,163 pages. And that’s not even counting all the reading I did for school (which, by the way, is something I would prefer to not reflect upon).

Anyways, Goodreads put together this super neat feature called “My Year in Books”, and I thought it would be awesome to combine some of the things I learned from it with my yearly Top 10 Books post! I have attached photos of “My Year in Books” below my Top 10 of 2018 post for this of you who are interested in viewing it – including a fabulous collage of all the books I read this year! 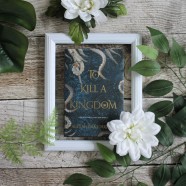 Notable mentions include The Cruel Prince by Holly Black, Ace of Shades by Amanda Foody, These Rebel Waves by Sara Raasch, Hero at the Fall by Alwyn Hamilton, Dare You To Lie by Amber Lynn Natusch, and The Caged Queen by Kristen Ciccarelli.

*Please note that this list only includes books that were published between January 1, 2018 and December 31, 2018 in Canada. In addition, all books on the above list are books that I have personally read during the year of 2018. Therefore, some books you regarded as being one of your favourite books of 2018 may be omitted from this list. If this is the case, please refrain from negativity – instead, I ask you to comment and share the omitted book with me so I have to opportunity to read it myself! Thank-you! 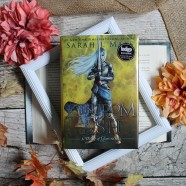 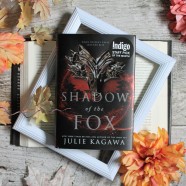 END_OF_DOCUMENT_TOKEN_TO_BE_REPLACED

Each year, eight beautiful girls are chosen as Paper Girls to serve the king. It’s the highest honor they could hope for…and the most cruel. But this year, there’s a ninth girl. And instead of paper, she’s made of fire. In this lush fantasy, Lei is a member of the Paper caste, the lowest and most oppressed class in Ikhara. She lives in a remote village with her father, where the decade-old trauma of watching her mother snatched by royal guards still haunts her. Now, the guards are back, and this time it’s Lei they’re after–the girl whose golden eyes have piqued the king’s interest. Over weeks of training in the opulent but stifling palace, Lei and eight other girls learn the skills and charm that befit being a king’s consort. But Lei isn’t content to watch her fate consume her. Instead, she does the unthinkable–she falls in love. Her forbidden romance becomes enmeshed with an explosive plot that threatens the very foundation of Ikhara, and Lei, still the wide-eyed country girl at heart, must decide just how far she’s willing to go for justice and revenge.

END_OF_DOCUMENT_TOKEN_TO_BE_REPLACED

Hey Bookworms! For those of you who have been following my reading journey on my Bookstagram, you’ll know that I have a relatively successful reading month in October – in fact, I nearly completely my entire TBR List! I totally did not anticipate this level of reading success in October, but I am so happy that I found so much time to read this month, despite everything else going on in my life!

I am also planning to purchase the Throne of Glass Collector’s Edition (Release Date: November 6, 2018) by Sarah J Maas and re-read the book that started this entire series! For those of you who don’t know, Throne of Glass means quite a lot to me. I had strayed away from reading, for multiple reasons, but I picked up Throne of Glass during a time when I really needed to rediscover my love for reading, and Maas teleported me to a world I so desperately needed in order to escape my own reality. Since that first book, Maas, Aelin, and the world of Erilea have been sweeping me away on adventures and experiences unlike other.