A Crown of Wishes by Roshani Chokshi, the much anticipated sequel to The Star-Touched Queen, is set to release on March 28th, 2017. The story follows the (mis)adventures of Gauri, the princess of Bharata, and Vikram, the cunning prince of a neighboring land. Both protagonist have much to fight for, and plenty to lose, as they enter the Tournament of Wishes as unwilling partners (Disclaimer: I received an Advanced Ready Copy of this book in exchange for an honest review).

“Who cares if a story is true or not, so long as it is told?” – Roshani Chokshi, A Crown of Wishes

Gauri, the princess of Bharata, has been taken as a prisoner of war by her kingdom’s enemies. Faced with a future of exile and scorn, Gauri has nothing left to lose. Hope unexpectedly comes in the form of Vikram, the cunning prince of a neighboring land and her sworn enemy kingdom. Unsatisfied with becoming a mere puppet king, Vikram offers Gauri a chance to win back her kingdom in exchange for her battle prowess. Together, they’ll have to set aside their differences and team up to win the Tournament of Wishes – a competition held in a mythical city where the Lord of Wealth promises a wish to the victor. Reaching the tournament is just the beginning. Once they arrive, danger takes on new shapes: poisonous courtesans and mischievous story birds, a feast of fears and twisted fairy revels. Every which way they turn new trials will test their wit and strength. But what Gauri and Vikram will soon discover is that there’s nothing more dangerous than what they most desire (Chapters.Indigo.ca).

END_OF_DOCUMENT_TOKEN_TO_BE_REPLACED

March came in roaring like a lion last night (quite literally – the booming thunder and flashing lightning kept me up quite late!). But we all know what the beginning of a new month means- a new TBR list!

I managed to chip away at a significant amount of my TBR List, but it’s still quite large. That being said, my goal this month is to get my TBR pile down to only 5 books. 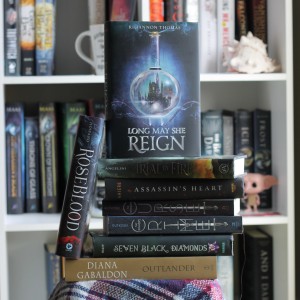 The following are books I already own, but which are currently (sadly) sitting unread on my shelf (or in my Kindle library): 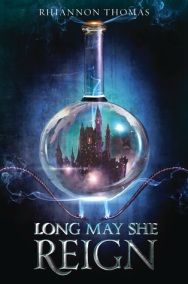 In addition, I am very excited to read some new, upcoming releases (although, in order to reach my goal of getting my TBR list down to 5 books (and maybe save a bit of money too), I’ve really limited the new releases I’ll be reading this month!

*Due to the late release dates of these books, I probably won’t get to reading them until April, but one can always hope, right? 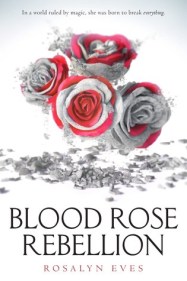 The Epic Reads Team has also put together a pretty comprehensive list of books, from multiple genres, that are set to release this month – you can check it out here!