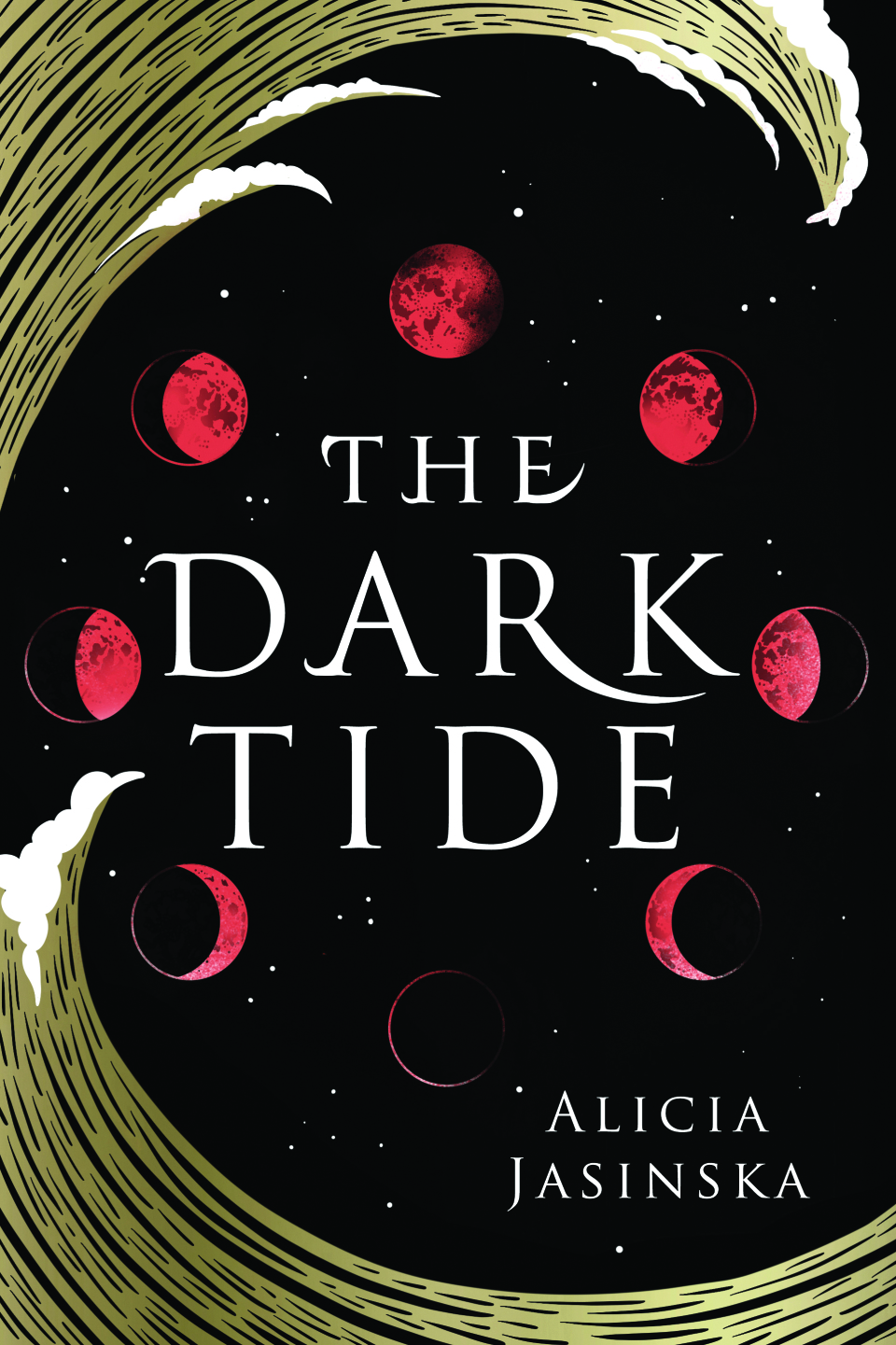 Have you ever picked up a book despite the fact that you are convinced it won’t be for you, only to absolutely love it? That is what happened to me when I picked up The Dark Tide by Alicia Jasinka. That’s right – I read this book in one sitting, that’s how much I loved it. It’s everything a reader could want from a YA Fantasy about witches and curses – dark and lyrical, with a touch of humour and romance, and entirely fatalistic from beginning to end.

Perhaps the weakest link in this story is the primary characters, Lina Kirk and the Witch Queen herself, Eva. While both are strong, powerful female characters, they are entirely one-dimensional, and readers will likely find it difficult to truly connect with them.  Perhaps the most endearing thing about both of their characters are their relationships with those around them, and each other. The sibling relationship between Lina and her brother Finley wasn’t simply a flat sibling or friend relationship, but something more raw and complex. Lina didn’t purely love Finley, her brother, or hate him, but instead seemed to feel both at the same time, and it felt authentic and reminiscent of real life frustrations and emotions with siblings. The same could be said of Eva and her blossoming feelings towards Lina, which are complex and multi-layered, not a simple attraction, but instead something more twisted and dark. These relationships, and others, define Lina and Eva’s characters, making them what they are – but reader, I fear that without these relationships, there would be very little to Lina and Eva at all.

Beyond the characters and their relationships, what truly defined The Dark Tide and made it something exceptional and memorable was the world-building that Jasinka embedded into every page of this tale. From the setting the the magic system, everything felt well thought out and purposeful, tied together in neat little knots. The setting of a slowly sinking island, protected only by the magic of the witches that the islanders hate, was both poetic in its relationship to the overall plot, and ominous in its implications. This, coupled with the ongoing use of pathetic fallacy, in the form of storms, grey skies, and nightly adventures, set the stage for a dark and treacherous setting. The magic system itself, which exists in tandem with the setting, as it is the fabric of the world itself, was also developed well enough to be understood, while still maintaining its mysticism for the reader. There wasn’t just one way of using magic, and instead the methods were a mix of all the cultures that had fled to the island, created a melting pot of strategies and methods that were similar, yet dissimilar all at once. Truly, the world that Jasinka built in the breadth of one novel is stunning, and readers will undoubtedly be endeared by the mystery and magic of it all.

Overall, readers will undoubtedly be impressed, and perhaps even a bit surprised, when they read The Dark Tide by Alicia Jasinka. This isn’t a story that thrives on its characters alone, but instead a story wherein its characters thrive, based on their relationships and the world of magic and mystery that surrounds them (4/5).

2 thoughts on “The Dark Tide (ARC) by Alicia Jasinka”