Released in North America on January 29, 2019, A Curse So Dark And Lonely by Brigid Kemmerer has everything you’d want in a retelling of a classic fairy tale. A Curse So Dark And Lonely is a lush, contemporary fantasy retelling of Beauty and the Beast, Brigid Kemmerer gives readers another compulsively readable romance perfect for fans of Marissa Meyer and Sarah J Maas.

Not only that, but A Curse So Dark And Lonely by Brigid Kemmerer is also the Indigo Teen Staff Pick of the Month for January 2020!

DISCLAIMER: I received a complimentary copy of A Curse So Dark And Lonely by Brigid Kemmerer from Indigo Books & Music Inc. in exchange for an honest review.

Fall in love, break the curse. It once seemed so easy to Prince Rhen, the heir to Emberfall. Cursed by a powerful enchantress to repeat the autumn of his eighteenth year over and over, he knew he could be saved if a girl fell for him. But that was before he learned that at the end of each autumn, he would turn into a vicious beast hell-bent on destruction. That was before he destroyed his castle, his family, and every last shred of hope. Nothing has ever been easy for Harper. With her father long gone, her mother dying, and her brother barely holding their family together while constantly underestimating her because of her cerebral palsy, she learned to be tough enough to survive. But when she tries to save someone else on the streets of Washington, DC, she’s instead somehow sucked into Rhen’s cursed world. Break the curse, save the kingdom. A prince? A monster? A curse? Harper doesn’t know where she is or what to believe. But as she spends time with Rhen in this enchanted land, she begins to understand what’s at stake. And as Rhen realizes Harper is not just another girl to charm, his hope comes flooding back. But powerful forces are standing against Emberfall . . . and it will take more than a broken curse to save Harper, Rhen, and his people from utter ruin.

END_OF_DOCUMENT_TOKEN_TO_BE_REPLACED

Set to release in North America on February 4th, 2020, The Stars We Steal by Alexa Donne is a gripping Science Fiction story about a young girl caught in a world of royal intrigue and lost love in her quest to save her family from ruin. Fans of Katharine McGee and Kiera Cass will be dazzled by this epic space romance that is sure to appeal to all ages of YA readers.

DISCLAIMER: Thank-you to Raincoast Books for providing me with an Advance Readers’ Edition of The Stars We Steal by Alexa Donne, in exchange for an honest review.

Engagement season is in the air. Nineteen-year-old Princess Leonie Leo” Kolburg, heir to a faded European spaceship, has only one thing on her mind: which lucky bachelor can save her family from financial ruin? But when Leo’s childhood friend and first love, Elliot, returns as the captain of a successful whiskey ship, everything changes. Elliot was the one who got away, the boy Leo’s family deemed to be unsuitable for marriage. Now he’s the biggest catch of the season and he seems determined to make Leo’s life miserable. But old habits die hard, and as Leo navigates the glittering balls of the Valg Season, she finds herself falling for her first love in a game of love, lies, and past regrets.

END_OF_DOCUMENT_TOKEN_TO_BE_REPLACED

Released on December 3, 2019, Children of Virtue and Vengeance is the second installment in Tomi Adeyemi’s thrilling Legacy of Orïsha series. In what promises to be a stunning sequel, Zélie must save Orïsha from a devastating civil war, while also hoping not to lose herself in the process.

After battling the impossible, Zélie and Amari have finally succeeded in bringing magic back to the land of Orïsha. But the ritual was more powerful than they could’ve imagined, reigniting the powers of not only the maji, but of nobles with magic ancestry, too. Now, Zélie struggles to unite the maji in an Orïsha where the enemy is just as powerful as they are. But when the monarchy and military unite to keep control of Orïsha, Zélie must fight to secure Amari’s right to the throne and protect the new maji from the monarchy’s wrath. With civil war looming on the horizon, Zélie finds herself at a breaking point: she must discover a way to bring the kingdom together or watch as Orïsha tears itself apart.

END_OF_DOCUMENT_TOKEN_TO_BE_REPLACED

The Beautiful by Renée Ahdieh is the first in a sumptuous, sultry and romantic new series set in 19th century New Orleans where vampires hide in plain sight. Released on October 8, 2019, The Beautiful became an instant New York Times and Indie Bestseller – a testament to master storyteller Renée Ahdieh’s newest sultry romance and decadent, thrilling mystery, which is sure to enrapture fans of the genre, new and old.

In 1872, New Orleans is a city ruled by the dead. But to seventeen-year-old Celine Rousseau, New Orleans is a safe haven after she’s forced to flee her life as a dressmaker in Paris. Taken in by the sisters of the Ursuline convent in the middle of the carnival season, Celine is quickly enraptured by the vibrant city, from its music to its fancy soirées and even its danger. She becomes embroiled in the city’s glitzy underworld, known as La Cour des Lions, after catching the eye of the group’s enigmatic leader, Sébastien Saint Germain. When the body of one of the girls from the convent is found in Sébastien’s own lair – the second dead girl to turn up in recent weeks – Celine battles her attraction to Sébastien and suspicions about his guilt, along with the shame of her own horrible secret. After a third murder, New Orleans becomes gripped by the terror of a serial killer on the loose – one who has now set Celine in his sights. As the murderer stalks her, Celine finally takes matters into her own hands, only to find herself caught in the midst of an age-old feud between the darkest creatures of the night, where the price of forbidden love is her life.

END_OF_DOCUMENT_TOKEN_TO_BE_REPLACED

This list (hopefully) brings an end to four consecutive days of posting lists of books. Seriously, if you need some ideas for books to read, check out my latest posts! For my part, I am certainly glad to be moving on, and returning to blogging about other bookish related things – such as reviews and the like – for the time being.

Regardless, I am excited to be sharing my reading list for January 2020, which features a whole host of books I simply cannot wait to dive into. This January 2020 Reading List is a jumble of a little bit of everything – while I am excited to pick up some new releases, I can’t neglect the unread novels languishing on my shelves completed (seriously, it stresses me out), and I am also trying to be financially responsible by limiting my spending (I believe this is called “adulting”?). 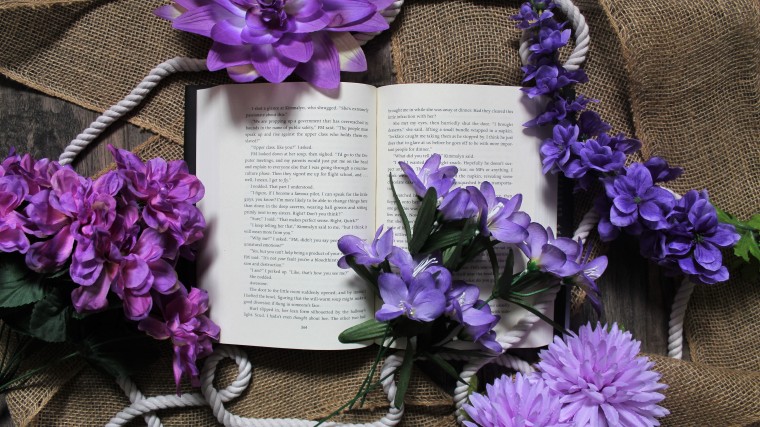 END_OF_DOCUMENT_TOKEN_TO_BE_REPLACED

With the New Year – and the New Decade – having finally arrived, it is time to turn my attention to the year ahead. And by that, I obviously mean which books I plan on reading this year. As usual, this list is predominantly YA Fantasy and/or Science Fiction, but since I am attempting to branch out (and as some of my favourite authors migrate to the Adult demographic), some other books have made it onto this list! That being said – this list is by no means inclusive, as it lists the novels I am most excited to read this year, not those which are (overall) most anticipated by the reading community at large.

*Please note that the following dates are based upon information provided by Indigo Books & Music Inc, and/or Goodreads, and that the below dates reflect the expected release date of a given book in Canada, as it is listed on January 1, 2020. Release dates are subject to change. 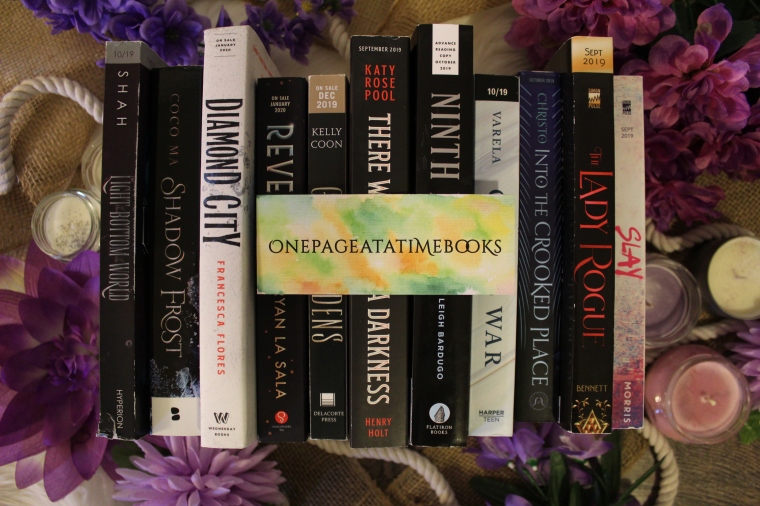