The Age of Darkness approaches. Five lives stand in its way. Who will stop it . . . or unleash it? For generations, the Seven Prophets guided humanity. Using their visions of the future, they ended wars and united nations-until the day, one hundred years ago, when the Prophets disappeared. All they left behind was one final, secret prophecy, foretelling an Age of Darkness and the birth of a new Prophet who could be the world’s salvation . . . or the cause of its destruction. With chaos on the horizon, five souls are set on a collision course: A prince exiled from his kingdom. A ruthless killer known as the Pale Hand. A once-faithful leader torn between his duty and his heart.  A reckless gambler with the power to find anything or anyone. And a dying girl on the verge of giving up. One of them-or all of them-could break the world. Will they be savior or destroyer? 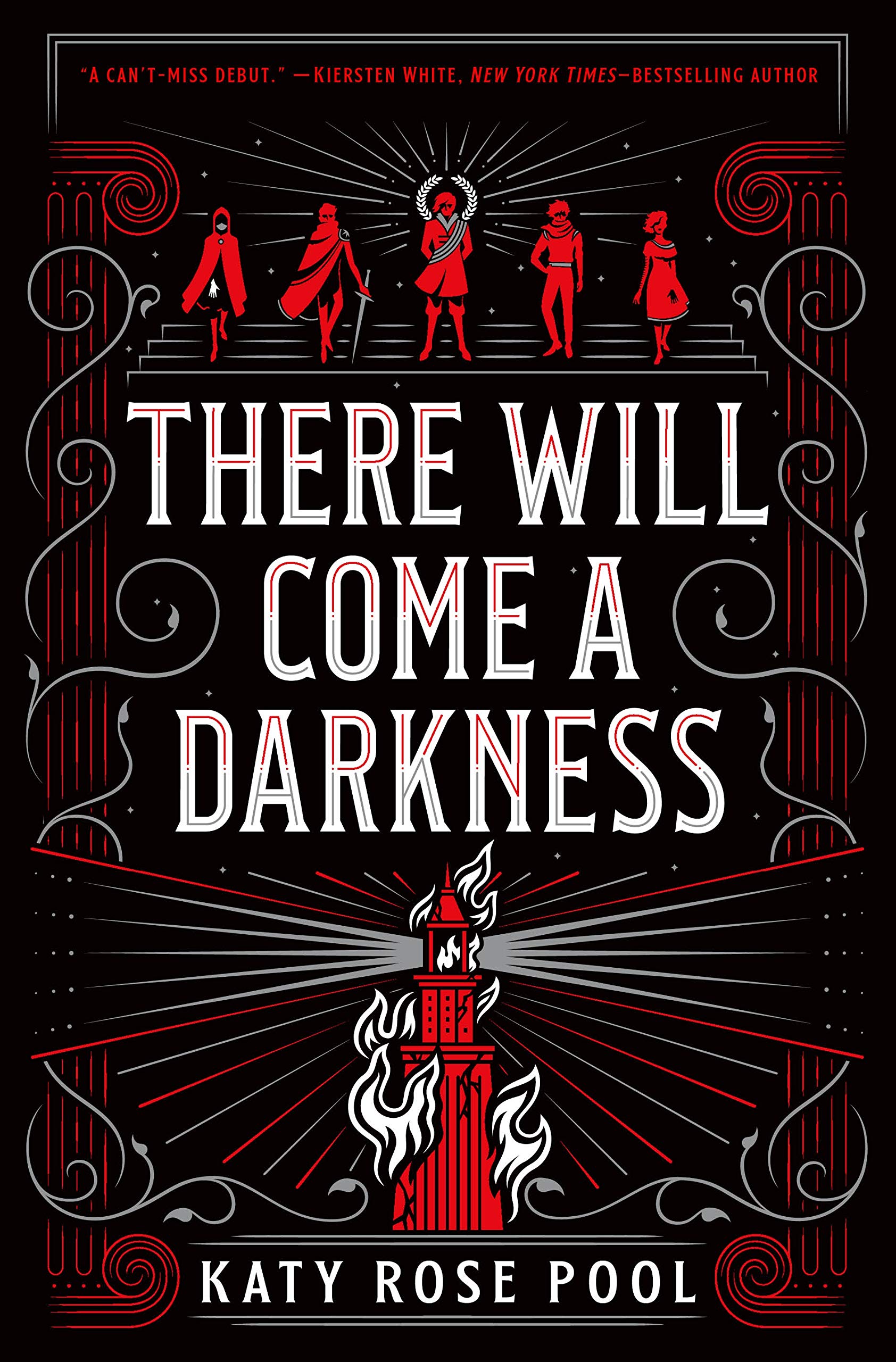 There Will Come A Darkness is Katy Rose Pool promised to be thrilling and human, with plenty of twists and turns to keep readers guessing – until the very last page. And while Katy Rose Pool certainly delivered interesting characters and a plot with plenty of unexpected twists, the story itself seemed drawn out, and at times, a bit dull.

“He was a man grown now, and he knew the truth. His destiny was finalyl here, and it did not care whether or not he was ready for it” – Katy Rose Pool, There Will Come A Darkness

A prince exiled from his kingdom. A ruthless killer known as the Pale Hand. A once-faithful leader torn between his duty and his heart. A reckless gambler with the power to find anything or anyone. And a dying girl on the verge of giving up. There Will Come A Darkness introduces readers to several intriguing characters, including Ephyra, Anton, Hassan, Jude, and Beru.

Despite the depth and power of the characters themselves, There Will Come A Darkness still falls flat when it comes to the story and its execution. The story itself is split into three sections – Harbinger, Oath, and The Tower. While the first section, Harbinger, does an excellent job of introducing the characters and setting the stage, the second section, Oath, leaves much to be desired. In this middle section of the book, the story becomes very drawn out, and it quickly becomes apparent that Katy Rose Pool is relying upon plot twists to keep the story interesting while the characters muddle their way along to the climax. This leaves the final section of the book, The Tower, feeling rushed and harried – though nonetheless satisfying and thrilling. While Katy Rose Pool certainly had a wonderful idea for a story – with a world filled with graces and prophets, and a secret prophecy outlining the end of the world as it is known – the story itself is messy and flawed.

Overall,readers will love There Will Come A Darkness is Katy Rose Pool for its beguilingly human cast of characters, but may find that the story falls flat when it comes to the execution of the story, which is disjointed and poorly paced (3.5/5).