Released on August 13, 2019, Bright Star is Erin Swan’s YA fantasy debut, filled to the brim with adventurous tales of rebellion, romance, and finding one’s voice in the heart of a storm.

DISCLAIMER: Thank-you to Raincoast Books for providing me with an Advance Readers’ Edition of Bright Star by Erin Swan, in exchange for an honest review.

Paerolia has been at peace for two centuries, and all is well in the land-or so it seems. Beneath the surface, a tyrant is rising to power. A traumatic experience in Andra’s childhood has left her mute and subdued, a servant in the Chief Judge’s manor. But when an assassination team, led by the secretive and alluring Kael, infiltrates the manor and makes a quick escape, she takes her chance and flees with them. Andra is thrust into the ranks of a secret rebellion – a group of outcasts and believers seeking to overthrow the Chief Judge and replace the corrupt government with new members, ones who will restore and preserve the land they love. Now, the girl who was once an outcast must somehow become the leader Paerolia needs. But she is stronger than she believes – and with the help of a fiercely loyal dragon, she may just be the one to lead them all to victory. 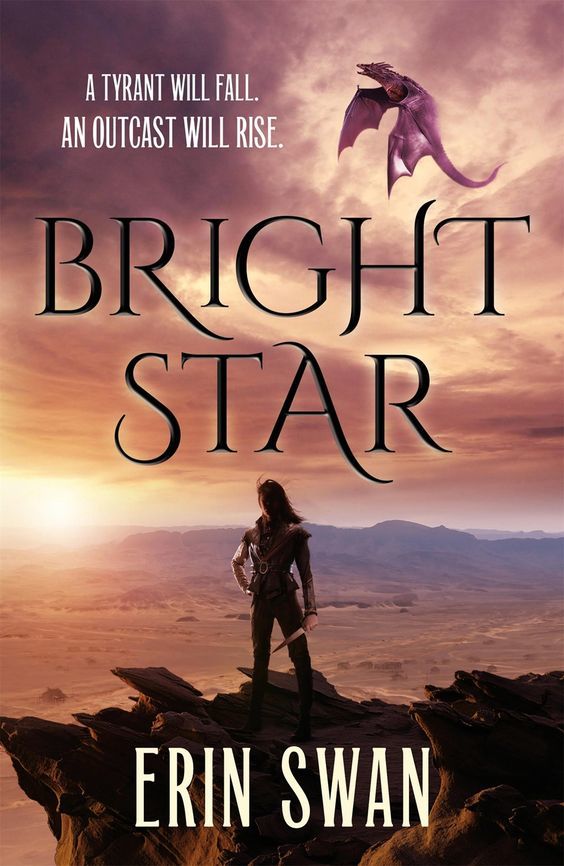 Despite a promising synopsis, Bright Star by Erin Swan turned out to be nothing more than a mediocre tale that will inevitably find itself lost among the shelves. Not even a host of intriguing characters and plenty of rebellious action could save Bright Star from feeling like a shadow of simliar YA books, only with more juvenile writing and less world-building. 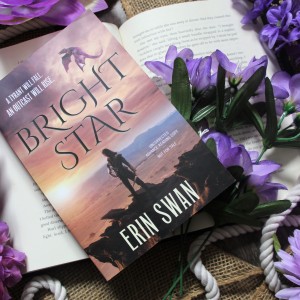 Andra is without a doubt the primary protagonist of Erin Swan’s Bright Star, but Kael plays a significant role as well, and the two balance each other quite nicely. The beginning of the story shows readers a young and precocious Andra, who despite her indenture as a slave, and evident history of abuse, remains adventurous and even a tad bit rebellious. But a traumatic event, and years of systematic abuse leave Andra mute and subdued, her true nature contained to the thoughts within her head. As a result, readers will undoubtedly be rooting for her as she escapes her oppressors and begins to unravel her fear, growing into a strong, passionate young woman. Unfortunately, Andra’s off-page rape and on-page torture, as well as her startlingly quick rise to become a powerful magic yielder, fighter, and rebel leader, as well as a Dragon Rider, are all dealt with superficially and fall flat in the end. Kael, for his part, is initially cold and systematic, but as he warms to Andra, readers will get a chance to see his true character – that of a passionate, motivated, and caring young man with everything to lose. Overall, readers would have benefited from more opportunities to become acquainted with the characters and understand them, but despite this, Andra and Kael were still compelling protagonists.

Unfortunately, Swan failed to provide compelling antagonists for Andra and Kael to pit themselves against. Since the potentially complex political background of Bright Star is glossed over, Swan misses out on the opportunity to develop some truly powerful villains in exchange for two stereotypical villains with very superficial goals and predictable trajectories. 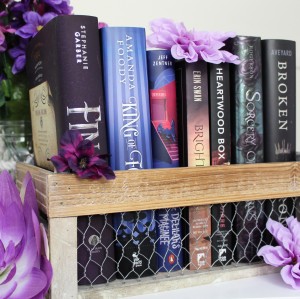 Beyond the characters, Bright Star doesn’t offer much in the way of plot, world-building, or writing quality. To be quite blunt, Swan’s debut had enough content for an entire trilogy packed into one stand-alone novel, and it still managed to fall short when it came to plot pacing and world-building, gleaning only the most superficial details. As a result, the reader will likely feel disconnected from the story and its characters, whose developments are rushed. Moreover, the plot pacing itself is sure to feel disjointed, and at times confusing. Unfortunately, it seems that Swan tried to jam a bit too much into Bright Star, which resulted in many important elements being glossed over, completely excluded, or brought up too late or too early.

Finally, on a more personal note – from the very beginning, while reading this book, I felt that I was reading a compilation of other Young Adult Fantasy novels centered around dragons. Namely Christopher Paolini’s Eragon, but certain elements reminded me of other dragon-centric novels, including Rachel Hartman’s Seraphina and Alison Goodman’s Eon, among others. In fact, the whole selection process to pair dragons with Riders felt eerily similar to the ceremony at the beginning of Eon, and certain elements – especially those regarding the rebellion – had me reminiscing about Seraphina. But perhaps the most stark similarities were those to Eragon, including the inclusion of humans, elves, and dwarves, the nature of Andra’s powers, the lore of the Dragon Riders, and even the explanation of the bond between dragon and rider. In fact, had I not know better, there were truly moments where it felt like I was reading an Eragon fan-fiction. 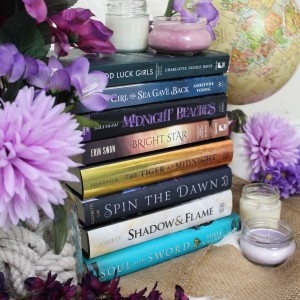 Overall, Bright Star by Erin Swan is a formulaic and simplistic high-fantasy adventure with enough material for an entire trilogy that never truly lives up to its potential. Stark similarities to other YA novels with a dragon-centric focus also had Bright Star falling short by comparison, despite intriguing characters and an interesting premise (2/5).