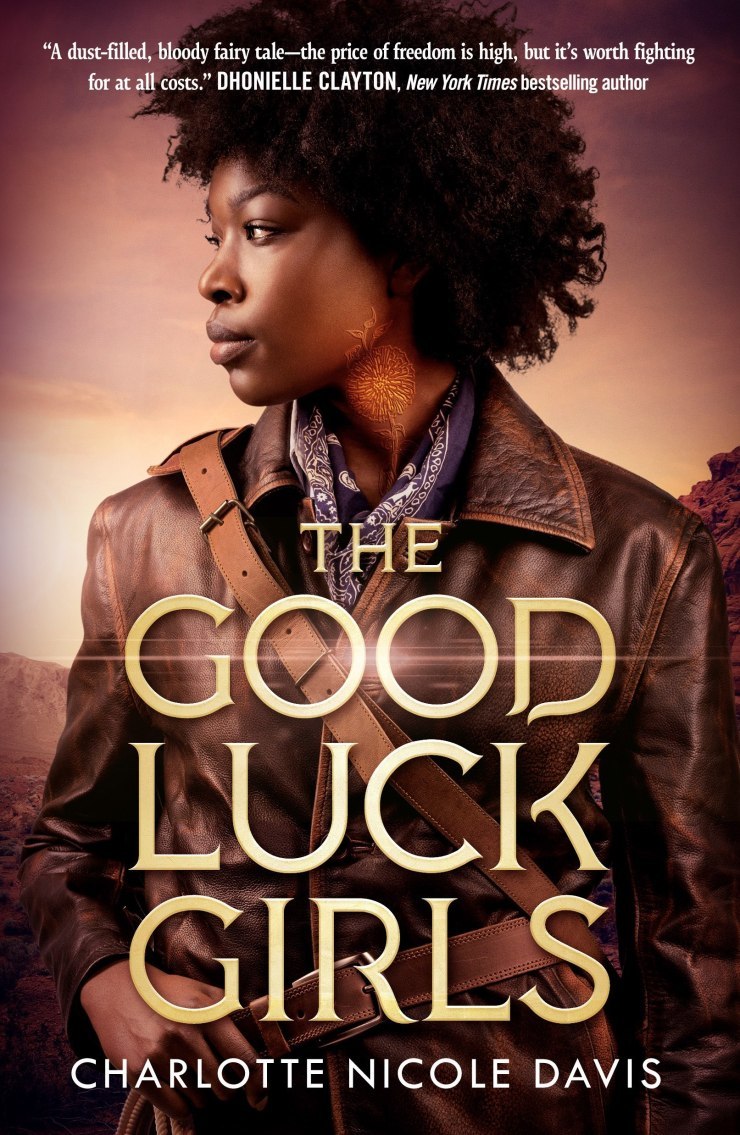 At first glance, it truly does seem like The Good Luck Girls has it all – interesting, diverse characters, a thrilling plot, hard-hitting themes, and even an unlikely romance. But as I delved further into this book, I found myself almost bored – and definitely wishing for more.

I did truly enjoy the characters – Aster, the protector, Violet, the favorite, Tansy, the medic, Mallow, the fighter, and Clementine, the catalyst. Each girl had her own intriguing backstory, motivations, and personality, and Charlotte Nicole Davis really did give each girl her moment to shine – despite the fact that nearly the entire story was told from Aster’s perspective. I even enjoyed most of the secondary characters – villainous or not – though they were perhaps not as well fleshed out as they could have been. Beyond the characters, I also quite enjoyed the tidbits of romance sprinkled throughout the plot. While romance was most certainly not the focus, the two prominent relationships that did emerge during the girls’ desperate flight from the “welcome house” were sweet, well-developed, and sensible – if nothing else.

Moreover, the social commentary on the disparity between social classes, genders, and racial groups was exceptionally well-handled. Davis didn’t simply focus on the fact that the girls were women, and thus perceived to be lesser than men in the fictional society – she interwove this reality with further commentary on the impact of one’s skin colour and/or socioeconomic status. Davis truly highlighted the intersectionality of these different identities, and the role(s) they play on one’s lives experiences.

Despite this, I found myself wishing for something more at multiple points throughout the book. This can mostly be attributed to problems with the pacing or the story, and the predictability of certain events. First and foremost, the pacing was certainly a bit all over the place. Davis goes from break-neck, high octane speed at the beginning of the plot (leading up to, and immediately following the accidental murder) to a leisurely stroll across the countryside – interspersed with the occasional, usually predictable, hiccup in the girls’ plans. As a reader, I feel that I would have enjoyed the story more had Davis flashed out the heist/rebellion story line a bit more, rather than having the girls dabble in the concept of revolution, only to brush it aside for their own personal safety. Either way, there were far too many coincidences and convenient plot-twists, and the latter portion of this novel was certainly too dry for my liking.

Overall, I think it is safe to say that The Good Luck Girls by Charlotte Nicole Davis will entertain readers who are a fan of strong female characters and hard-hitting social commentary, just as long as they are not expecting any whirlwind romances or breath-taking plotting (3/5).