Shadow of the Fox, released on October 2, 2018, is the newest book from the New York Times bestselling author of The Talon Saga and The Iron Fey  Julie Kagawa. Fans of Sarah J. Maas, Julie C. Dao, Marie Lu, Cassandra Clare and more bestselling YA fantasy will be captivated by book one of this enchanting new series.

One thousand years ago, the great Kami Dragon was summoned to grant a single terrible wish—and the land of Iwagoto was plunged into an age of darkness and chaos. Now, for whoever holds the Scroll of a Thousand Prayers, a new wish will be granted. A new age is about to dawn. Raised by monks in the isolated Silent Winds temple, Yumeko has trained all her life to hide her yokai nature. Half kitsune, half human, her skill with illusion is matched only by her penchant for mischief. Until the day her home is burned to the ground, her adoptive family is brutally slain and she is forced to flee for her life with the temple’s greatest treasure—one part of the ancient scroll. There are many who would claim the dragon’s wish for their own. Kage Tatsumi, a mysterious samurai of the Shadow Clan, is one such hunter, under orders to retrieve the scroll…at any cost. Fate brings Kage and Yumeko together. With a promise to lead him to the scroll, an uneasy alliance is formed, offering Yumeko her best hope for survival. But he seeks what she has hidden away, and her deception could ultimately tear them both apart. With an army of demons at her heels and the unlikeliest of allies at her side, Yumeko’s secrets are more than a matter of life or death. They are the key to the fate of the world itself.

END_OF_DOCUMENT_TOKEN_TO_BE_REPLACED 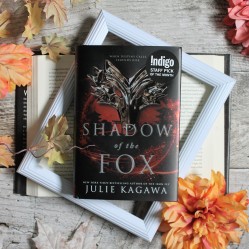 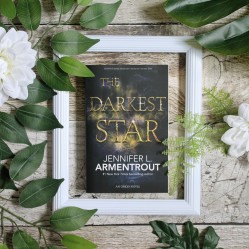 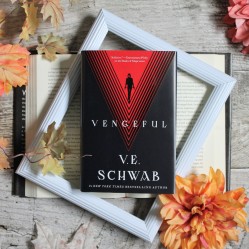 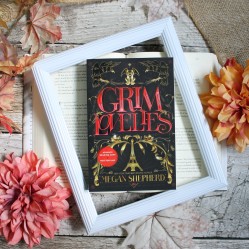 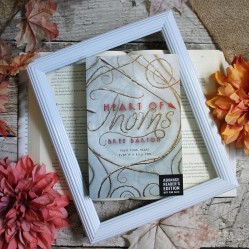 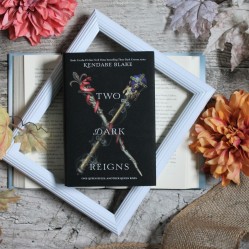 “What, then, is a desire? We may begin by stating what it is not. A desire is not a whim. It is not an idle wish concocted on a sunny afternoon. A desire is a profundity of want, a deep and abiding craving that cannot be denied.” - Veronica Roth, Chosen Ones 📚📖 • • • Chosen Ones by Veronica Roth (@vrothbooks) is a mix of quite a few fan-favorite genres. It combines magical fantasy with superheros, topping everything off with a touch of political commentary. There’s a lot here for everyone to enjoy, regardless of if you were a fan of Roth’s previous works or had never read anything by her before. 📚📖 #ChosenOnes #VeronicaRoth #NewAdultBooks #NewAdultFiction #bookstagram #bookish #bookblogger #bookworm #booklover #instabooks #canadalovesbooks #bookishcanadians #bluebooks
In celebration of these sunny and warmer days, I thought I would ask - where’s your favourite place to read during the summer months? 📚📖 • • • I have always loved reading out in my backyard on a nice warm day! Not when it’s TOO hot though - like a true Canadian, anything above 30 degrees has me hiding inside in front of a fan! But seriously, reading in the garden with a glass of iced tea is heavenly, and I can’t wait until it’s warm enough to do so again! 📚📖 #ReadingInTheGarden #ReadingOutside #BookishCandles #CanterburyRoadCo #BookishMerch #bookstagram #bookish #bookblogger #bookworm #booklover #instabooks #canadalovesbooks #bookishcanadians
Feyre Archeron. Bryce Quinlan. Aelin Ashryver Galathynius. Sarah J. Maas is the author of the popular Throne Of Glass series, A Court Of Thorns and Roses series, and now of The Crescent City series. Although all of her series are well known for having strong female characters and heroines, these three leading ladies are undoubtedly powerful inspirations by themselves. Through insurmountable odds and trauma, these powerful ladies learn to love themselves and grow into strong and independent women. I have learned so much from each of their stories, and can’t wait to continue learning and growing as Maas tells Bryce’s story! 📚📖 #ThroneOfGlass #ACOTAR #ACOMAF #ACOWAR #ACOFAS #AelinAshryverGalathynius #FeyreArcheron #BryceQuinlan #BookishArt #BookArt #bookstagram #bookish #bookblogger #bookworm #booklover #instabooks #bookishcanadians #canadalovesbooks
“I leaned into her, and she looked down at me. Then, because I was a thief, I stole a kiss.” - E.K. Johnston, The Afterward 📚📖 • • • I thought that The Afterward would be a fun adventure story, and it was, but I was thrilled to realize that it is also a moving romance and an empower tale. For starters, all the main characters happen to be women. Some knights are men, just not these ones. No one cares about the gender of the knights or the mage or the thief. It’s assumed that women can be all these things. It’s not a utopian society, it’s just a thing that in this place women are knights if they want to be, and they can pay for the years of training, and they turn out to be good at it. The romance itself is lovely and tender and marked by mutual respect. As are the platonic relationships between the characters. 📚📖 #TheAfterward #EKJohnston #YAlit #YAfantasy #PurpleBooks #bookstagram #bookish #bookblogger #bookworm #booklover #bookworm #instabooks #canadalovesbooks #bookishcanadians
“To every person in search of somewhere to belong who happened to pick up this book, I hope you found a place in here, even if just for a few pages. You are loved. I wrote this for you. Keep fighting, keep making history, keep looking after one another.” - Casey McQuiston 📚📖 • • • I was looking for something different to read, since reading Fantasy and Science Fiction non-stop was making me feel burnt out, so I ordered Red, White, and Royal Blue by Casey McQuiston to mix it up! And I absolutely loved it! Not only did this one feature a steamy, rollercoaster romance, it also had plenty of political and family drama, with a touch of comedy! McQuiston really knocked it out of the park with this one! 📚📖 #RedWhiteAndRoyalBlue #CaseyMcQuiston #Fiction #Romance #LGBTQ2 #bookstagram #bookish #bookblogger #bookworm #booklover #instabooks #canadalovesbooks #bookishcanadians
“Mercy was a Chief’s gift. Inflicting it was their duty.” – Margaret Owen, The Merciful Crow 📚📖 • • • The Merciful Crow by Margaret Owen certainly delivered, with Owen providing a breath-taking dark fantasy novel that was unafraid to tackle morally grey characters or systematic discrimination. What’s more, Owen proved herself capable of delivering a smoldering romance, fresh world-building, and stunning prose – all of which will surely leave readers pining for more of Fie, Jasimir, and Tavin’s story. 📚📖 #TheMercifulCrow #TheFaithlessHawk #MargaretOwen #YAfiction #YAfantasy #YAlit #bookstagram #bookish #bookblogger #bookworm #booklover #instabooks #canadalovesbooks #bookishcanadians #bookreview