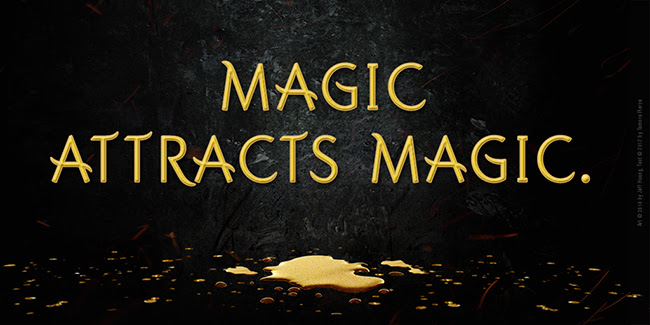 Tamora Pierce is the #1 New York Times bestselling author of over eighteen novels set in the fantasy realm of Tortall. She first captured the imagination of readers with her debut novel, Alanna: The First Adventure (of the Lioness Quartet). Since then, her bestselling and award-winning titles have pushed the boundaries of fantasy and young adult novels to introduce readers to a rich world populated by strong, believable heroines.

Released on February 8, 2018, Tempests and Slaughter is the first book in Tamora Pierce’s new series, The Numair Chronicles. This highly anticipated new Tortall Legend from Tamora Pierce is a must-read for any fantasy lover. The Numair Chronicles will provide ardent fans of the world with the never-before-told story of how Numair Salmalín came to Tortall, while newcomers will discover an unforgettable fantasy adventure where a kingdom’s future rests on the shoulders of a talented young man with a knack for making vicious enemies.

Arram. Varice. Ozorne. In the first book in the Numair Chronicles, three student mages are bound by fate . . . fated for danger. Arram Draper is on the path to becoming one of the realm’s most powerful mages. The youngest student in his class at the Imperial University of Carthak, he has a Gift with unlimited potential for greatness–and for attracting trouble. At his side are his two best friends: Varice, a clever girl with an often-overlooked talent, and Ozorne, the “leftover prince” with secret ambitions. Together, these three friends forge a bond that will one day shape kingdoms. And as Ozorne gets closer to the throne and Varice gets closer to Arram’s heart, Arram realizes that one day – soon – he will have to decide where his loyalties truly lie.

Tamora Pierce and the fantastical world of Tortall are what introduced me (and so many others) to the world of Young Adult Fantasy. As Sarah J Maas said “Tamora Pierce’s books shaped me not only as a young writer but also as a young woman. She is a pillar, an icon, and an inspiration.” Since the day my father brought home Alanna: The First Adventure for me to read (having picked it up because I shared a first name with the Lioness), Pierce’s heroes and trailblazing heroines, her rich fantasy worlds, and her vibrant storytelling have remained among my favourite books of all-time – especially the Lioness Quartet (which I reviewed very early on in my blogging adventure – you can find that review here!).

Tempests and Slaughter does not disappoint. While the series is departing from Pierce’s tradition of female leads, The Numair Chronicles follows the life of a popular figure in Tortall, Numair Salmalín, before he came to Tortall – back when he was a promising mage student in Carthak, known to his friends as Arram Draper. Tempests and Slaughter, like Pierce’s other works, presents an intriguing story, a cast of enjoyable characters (both good and bad), and a richly developed world that will undoubtedly capture readers’ attention. 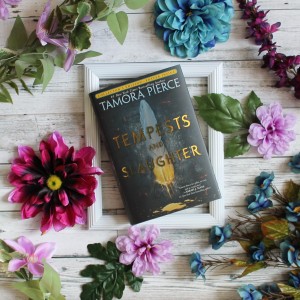 Tempests and Slaughter is told from Arram’s perspective, and follows the lives of him and his two best friends – Prince Ozorn and Varice – as they progress through the mage’s university in Carthak. All three are exceptionally skilled – in their own ways – and get up to plenty of trouble during their time in school. Honestly, the trio as a whole reminded me of Harry, Ron, and Hermoine (of JK Rowling’s Harry Potter)! Individually, they are all three intriguing characters – perhaps more so if the reader has read the Wild Magic Quartet and is aware of their future destinations. The trio are joined by a plethora of other characters, some new and some familiar, such as Master Lindhall and Tristan Staghorn.

Arram Draper, despite his less than stellar social skill and modest background, is on the path to becoming one of the realm’s most powerful mages. He is inquisitive, level-headed, and vehemently opposed to Carthak’s outdated practice of slavery – allowing his caring and empathetic side shine through. Opposite Arram is Ozorne, the “leftover prince”, an equally talented young mage with ambition and rage burning in his heart. Throughout the novel, Ozorne finds himself slipping closer and closer to the throne, and as he does, his privilege, disdain, and cruelty begin to shine through – yet despite this, Arram remains loyal to his first real friend. Finally, the duo, despite their powerful futures, finds themselves at the back and call of Varice, a clever girl with an often-overlooked talent who has a knack for getting what she wants. They form a formidable trio that readers will love to read about, and who readers will enjoy following throughout their teenage years, as they grow into themselves.

In Tempests and Slaughter, the Carthaki Empire has been expanded and given its “moment to shine”, with Pierce expanding upon the introduction of the Catharki Empire that readers received in The Emperor Mage – but for those who are reading this as their first book by Pierce, prior knowledge really isn’t required, because Pierce wholly and effectively develops Carthak into a world of its own. From rich descriptions of people, flora and fauna, to explorations of the cultural, religious and spiritual practices of the Catharki people and other peoples that co-exist within the city, this novel was quintessential Pierce from beginning to end. One thing I adore about Pierce’s work is that she effectively manages to avoid info-dumping by revealing just enough information for the reader to comprehend each part of the story, slowly and effectively building the world in an intriguing way that feels quite balanced.

Despite this, some readers (especially those who are unfamiliar with Pierce’s writing) may find themselves a bit put-ff by the style of this story. Tempests and Slaughter is a , for lack of a better term, episodic in its approach and rather meandering as the reader follows Arram through his years at the university. In the last third of the book the action picks up to some extent, particularly when Arram is drawn into a dark secret that may put him and others in danger – but this is by no means a thrill-ride of a fantasy tale. It is more so a summary of Arram’s time at the university, following his misadventures as he learns to contorl his magic – not dissimilar from Harry Potter or The Lioness Quartet.

Finally, let’s talk about diversity – because unlike many of Pierce’s other books, which have been slammed for their utter lack of diversity (something that even I, as a long-time fan of her work, cannot ignore), Tempests and Slaughter finally adds a much needed and refreshing element of diversity to Pierce’s world. The Carthaki Empire is just that – an Empire. And its status as an empire is reflected in the diversity of it’s people – from the white skin of the Northerners like Lindhall, to the tan skin of Carthaki natives like Ozorne, to the darker skin of others characters, like Arram’s Masters. While Pierce does not brooch any sort of sexual diversity, in regards to the LGBTQ2+ community, the inclusion of characters belonging to different ethnicity, and the inclusion of a variety of cultural, religious and spiritual representations, made this a much more diverse read than her previous works, and definitely makes me hopeful that she will continue to diversify the world of Tortall in the future.

Overall, Tempests and Slaughter by Tamora Pierce was certainly worth the wait – and ask anyone who’s been waiting, and the’ll tell you – it’s been along time coming. Tempests and Slaughter, like Pierce’s other works, presents an intriguing, albeit sometimes slow and periodic, story, a cast of enjoyable characters (both good and bad), and a richly developed world that will undoubtedly capture readers’ attention (4/5).

One thought on “Tempests and Slaughter by Tamora Pierce”