This is the kind of book that you read in one go – at least, I did. I simply couldn’t put it down once I started. It’s been quite awhile since I read anything by Holly Black (years, really), so wasn’t quite sure what to expect, but I immediately fell in love what the characters, the intrigue of the world, and Black’s darkly lyrical writing style.

“What could I become if I stopped worrying about death, about pain, about anything? If I stopped trying to belong? Instead of being afraid, I could become something to fear.” – Holly Black, The Cruel Prince

The cast of characters is undeniably powerful, and is easily the heart of this novel – especially the main protagonists (or are they antagonists?) Jude, Prince Cardan, Taryn, Vivienne, General Madoc, and Locke. Jude is, as is evident from the synopsis, the primary protagonist of the story, and what a powerful protagonist she is. The reader quickly learns that she is the bastard daughter of the runaway wife of a Fae general who murdered both of her parents then brought her to a land coiled in the heart of the forest, brimming of monsters and wolves on the prowl, and raised her like a trueborn child of Faerie, despite not having a drop of faerie blood. She’s always been the human girl who got pushed to the sidelines, written as a footnote in someone else’s story, and always treated as an afterthought – but Jude never fit the confines the Fae tried to put her in. The moment Jude decided to use her lingering bitterness to make them all hurt, she learned that being ruthless in the face of great terror was her best revenge for being made to endure it. She becomes fearless, she becomes cunning, and she becomes dangerously powerful – a rabbit among foxes who found its teeth, so to say. It’s impossible not to love her, and not to cheer for her as she tackles seemingly insurmountable odds. 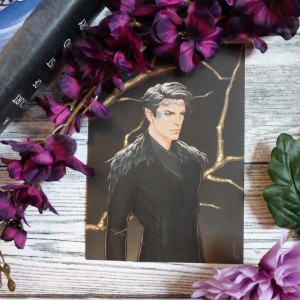 And yet, while I adored Jude, my love for her was rivaled only by Prince Cardan. He’s arrogant, he’s elitist, and he can certainly be cruel – so how could I possibly like his character? Black has just given him so much depth – from his history as the least favoured son, to him being a traumatized victim of years of neglect and systematic emotional and physical abuse, to his softer, more personal side, revealed only to those who believes he can truly trust. Black has created a truly complex and rich character in Cardan, and his actions throughout the novel reflect this – from his constant state of inebriation, to his denial of his own emotions and refusal to accept his own flaws, to his own self-loathing and feelings of worthlessness.

“He looks like a faerie lover stepped out of a ballad, the kind where no good comes to the girl who runs away with him.” – Holly Black, The Cruel Prince

Despite being a human in a Fae world, Jude certainly does not find herself lacking Fae suitors – though her love interests are, admittedly, not ideal. While Locke seems like a Faerie Prince ready to sweep Jude off her feet into a world of magic and joy, he actually winds up being a huge piece of trash, who finds his joys in creating love triangles and familial rifts, just so he can live in a good story. Despicable. Prince Cardan is also, based on what I said above, clearly not an ideal love interest, but he and Jude do have an undeniable chemistry, and they’re certainly wicked enough for each other – in their own ways. While reading, I found myself hoping the two of them would finally accept the chemistry between them. Really, Black wrote a romance without giving the reader any real romance, and I’m not sure if I should be impressed or mad. So, if you’re a fan of the slowest and most agonizing but also the most romantic and powerful and rewarding hate to love romance in the world, you’ll love the romance in this book. 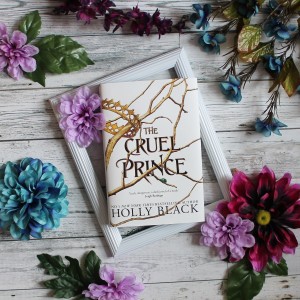 Now, enough about the characters and their woes – onto the fantastic world Holly Black created here. If I have understood correctly, this world is linked to Black’s previous works, but I really don’t think much knowledge of her previous work was necessary to understand this world – at least, I barely remember anything from what I’ve read of Black’s, and I didn’t find it to be a detriment to my enjoyment of the novel. The world was exactly what I had hoped it world be – dark, mysterious, and devious. The Fae were wicked and cruel, just as likely to help Jude as they were to kill her. There were Fae of all shapes, sizes, and abilities, both Seelies and Unseelie, High and Low Fae. There’s the intrigue of a bloodthirsty court of High Fae, and the power of familial struggles.

Finally onto one last point of interest – the representation of the LGBTQ2+ community in this novel. Vivienne, who is often referred to as Vivi, is Jude’s older half-Fae sister and a fantastically well developed, well written side-character. She’s unique and defiant and strong and devoted – but it’s her romance with her girlfriend made her truly stand out. Representation is YA Fantasy is becoming more commonplace, but its not long ago that any sort of diverse representation was rare among the genre, so Vivi being an on the page bisexual was important, and powerful, and I know that it undoubtedly meant a lot to a large population of readers. 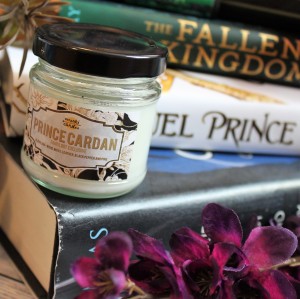 Overall, I really enjoyed The Cruel Prince by Holly Black. The characters, the writing, the romance, and the darkness of the world Holly Black built in this novel are undeniably attractive, and they are all masterfully woven together into something remarkable (5/5).

4 thoughts on “The Cruel Prince by Holly Black”