Assassin’s Heart is Sarah Ahiers debut novel, released in Canada on February 2nd, 2016. With shades of Game of Thrones and Romeo and Juliet, this richly imagined fantasy from debut author Sarah Ahiers is a tale of love, lies, and vengeance. Fans of Kristin Cashore and Rae Carson will devour the flawlessly crafted action and inventive world building.

Seventeen-year-old Lea Saldana is a trained assassin. She was born into one of the nine clipper Families in the kingdom of Lovero who lawfully take lives for a price. As a member of the highest-ranking clan, loyalty to Family is valued above all, but that doesn’t stop Lea from getting into a secret relationship with Val Da Via, a boy from a rival clan. Despite her better judgment, Lea has fallen in love with him; but she’s confident she can anticipate any threat a mile away. Then she awakens one night to a house full of smoke. Although she narrowly escapes, she isn’t able to save her Family as their home is consumed by flames. With horror, she realizes that Val and his Family are the only ones who could be responsible. Devastated over his betrayal and the loss of her clan, there’s just one thing on her mind: making the Da Vias pay. The heart of this assassin craves revenge.

Ahiers starts of strong in Assassin’s Heart, but falls victim to some pacing problems as the story progresses, potentially leaving the reader confused or feeling unsatisfied as the story quickly comes to a conclusion.

Assassin’s Heart got off to a quick start, quickly drawing the reader into a world of intrigue, deception and betrayal, rich with forbidden romance and murder, as Lea Saldana’s family is murdered during a fire. Lea, believing herself to be the only survivor, suspects, and later comes to know, that the Da Via, the Family of her secret lover, Val, are the perpetrators of the massacre. Enraged, hunted and filled with a penchant for revenge, Lea seeks out her banished uncle; but she quickly lands herself in trouble again, this time with a handsome would-be clipper at her side, as the Da Via close in on her and the only people left in the world who matter to her. This fast-paced, adrenaline laced plot makes for a read you won’t want to put down. 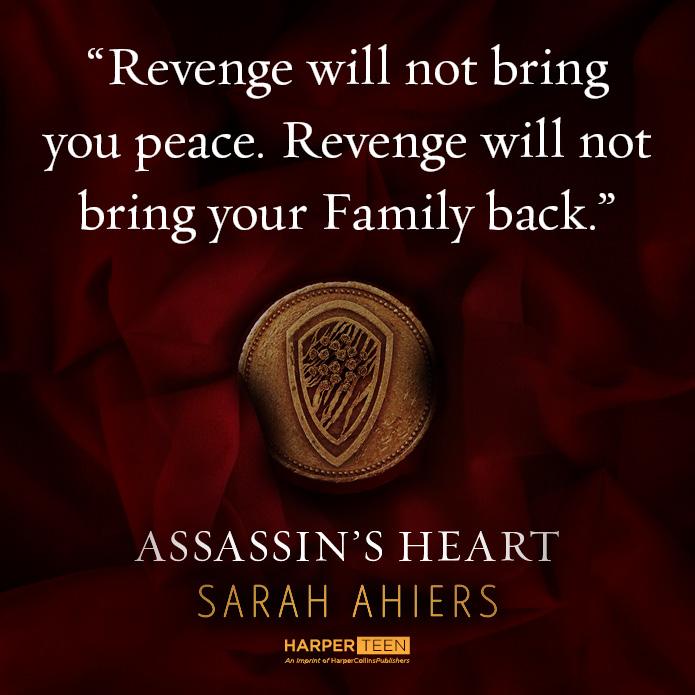 As I mentioned, the pacing of this book was just a bit off. Ahiers started off strong, with a fast but steadily paced plot, intertwined with moments of calm and romance, all the while building towards a climax. But then, when the climax finally arrived, it was rushed. More than anything, I dislike when the author takes the “easy way out” when it comes to death (aka reincarnation), and Ahiers employed this device for not one, but two characters, before launching into a lightning quick retribution that left me, and likely many other readers, feeling dissatisfied, after the build-up. 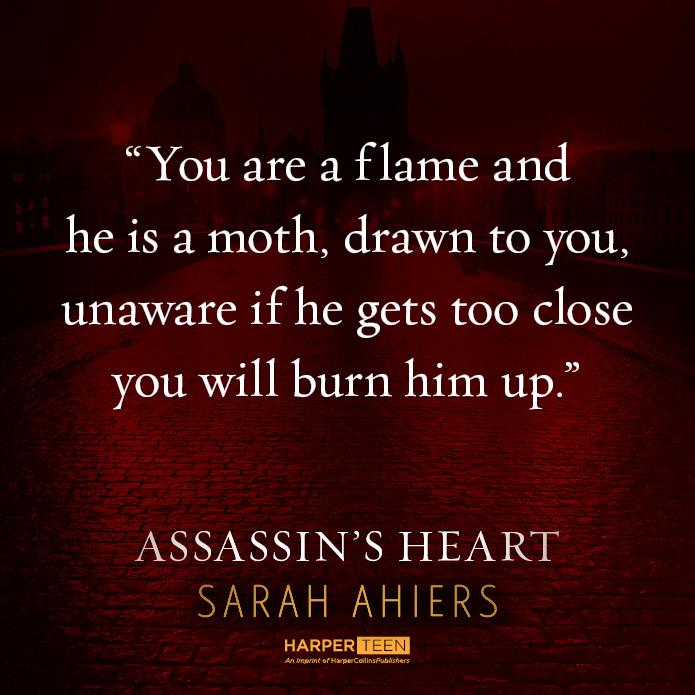 Assassin’s Heart is a strong debut novel from a new author, riddle with enough action, betrayal and deception to satisfy readers. Despite this, it does have some pacing problems, mostly within the second half of the book, which have the potential to leave readers, like me, feeling dissatisfied with Lea’s revenge after the effort Ahiers put into building up the story to the climax (3.5/5).