Tea can raise the dead, but resurrection comes at a price. When Tea accidentally resurrects her brother from the dead,she learns she is different from the other witches in her family. Her gift for necromancy means that she’s a bone witch, a title that makes her feared and ostracized by her community. But Tea finds solace and guidance with an older, wiser bone witch, who takes Tea and her brother to another land for training. In her new home, Tea puts all her energy into becoming an asha – one who can wield elemental magic. But dark forces are approaching quickly, and in the face of danger, Tea will have to overcome her obstacles and make a powerful choice (Chapters.Indigo.ca). 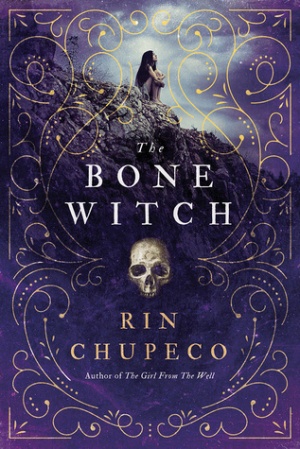 The Bone Witch had a slow, somewhat confusing start, but quickly picked up and drew the reader in as Tea’s adventure continued.

The Bone Witch was an engaging story that certainly lived up to its potential. The storytelling was absolutely breath-taking and enthralling, drawing the reader in almost immediately, and keeping them hanging on until the last word. Unfortunately, a lack of a true climax detracted from the tale, as did the overtly sexist portrayal of women. Despite these negatives, the positives – Tea, the prowess of Chupeco’s storytelling, and the vibrancy of the world she built – far outdid the negatives, and I will be eagerly awaiting most of this tale! (4/5)