This review may contain minor spoilers- I have done my best to avoid spoilers whenever possible, however I may have let little details slip here or there!

After the tumultuous finale of An Ember in the Ashes, I, like most readers, couldn’t wait to get my hands on A Torch Against the Night. I simply needed to know where it was all going, and I simply needed more of Laia, Elias and Helen (no, I don’t, and never have, liked Keenan). So, as expected, I headed over to my local bookstore and picked this up the day it came out (they were actually still putting them out on the “New Releases” shelf when I showed up). But let me tell you – the wait was worth it – because this book is absolute perfection.

Elias and Laia are running for their lives. Following the events of the Fourth Trial, an army led by Masks hunts the two fugitives as they escape the city of Serra and journey across the vast lands of the Martial Empire. Laia is determined to break into Kauf—the Empire’s most secure and dangerous prison—and save her brother, whose knowledge of Serric steel is the key to the Scholars’ future. And Elias is determined to stay by Laia’s side…even if it means giving up his own chance at freedom. But Elias and Laia will have to fight every step of the way if they’re going to outsmart their enemies: the bloodthirsty Emperor Marcus, the merciless Commandant, the sadistic Warden of Kauf, and, most heartbreaking of all, Helene—Elias’s former friend and the Empire’s newest Blood Shrike. Helene’s mission is horrifying, unwanted, and clear: find the traitor Elias Veturius and the Scholar slave who helped him escape…and kill them both.

Readers be warned … Tahir will rip your heart out, crush it, and then mangle it some more with A Torch Against the Night. Honestly, this book is a heart-wrenching emotional roller coaster from Page 1 right until the final words. Just when the reader believes their favourite character(s) are in the clear, some grand plot twist springs up and crushes all hope; just when the reader thinks it can’t get any worse, it can. And yet, as long as there is life, there is hope, and so continues our heroes harrowing quests and adventures as they seek out answers, freedom and power.

As with other recent book reviews, I will be breaking down my feelings towards A Torch Against the Night in three main categories – character development, world-building and plot progression/story telling. 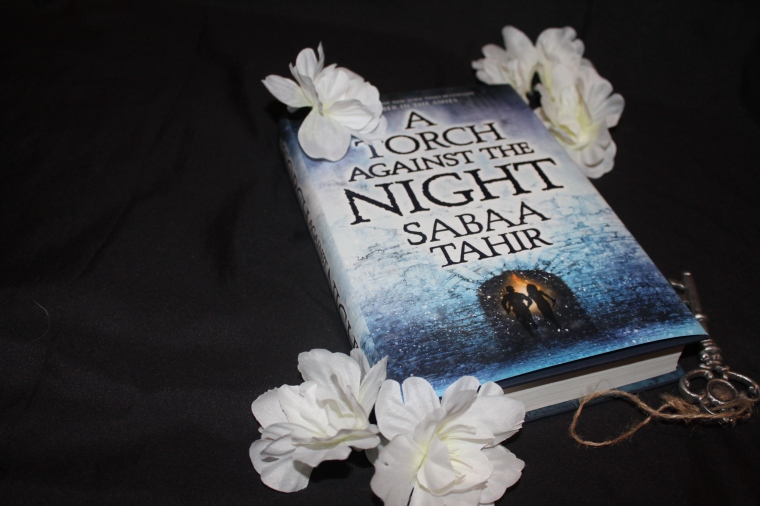 Before I wrap this up, I must say that I was very disappointed by one major instance towards the end of this book. If you’ve read some of my previous reviews, you’ll know that I hate loop-holes when it comes to death. Unless there is some pre-introduced way to escape inevitable death/come back from the dead, it just shouldn’t happen. No matter how much I love the character, it’s an automatic turn off for me when authors pull this kind of stuff. Really. GRRM is onto something with Game of Thrones.

Overall, I liked this book. It had a solid story, with likeable heores and despicable villains. At times, it had me on the edge of my seat, reading as quickly as I could, desperate to find out where the story was going. It was definitely worth the wait, but I feel that it suffered from second book syndrome. It simply wasn’t as good as the first, and fell into some pretty cliche holes that I would have rather avoided. However, I’d definitely still recommend this read, espcially if you’re a fan of An Ember in the Ashes. I’ll be patiently waiting for the next installment, and hopefully some answered questions along with it!

One thought on “A Torch Against the Night by Sabaa Tahir”